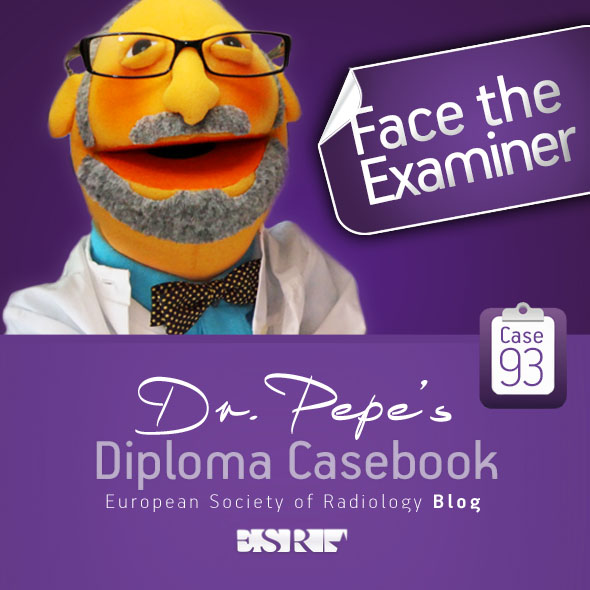 This is the last case of the first semester. It has been a hard year and I need some quiet time. Will see you again on Monday, September 5 with new cases. Relax and enjoy your vacation!

This week’s case follows the pattern of a ‘Meet the Examiner’ presentation, with questions and answers similar to a real examination. Take your time before scrolling down for the answer. And no peeking!

The images were obtained during routine CT screening in a 72-year-old man, heavy smoker.

What would be your diagnosis? 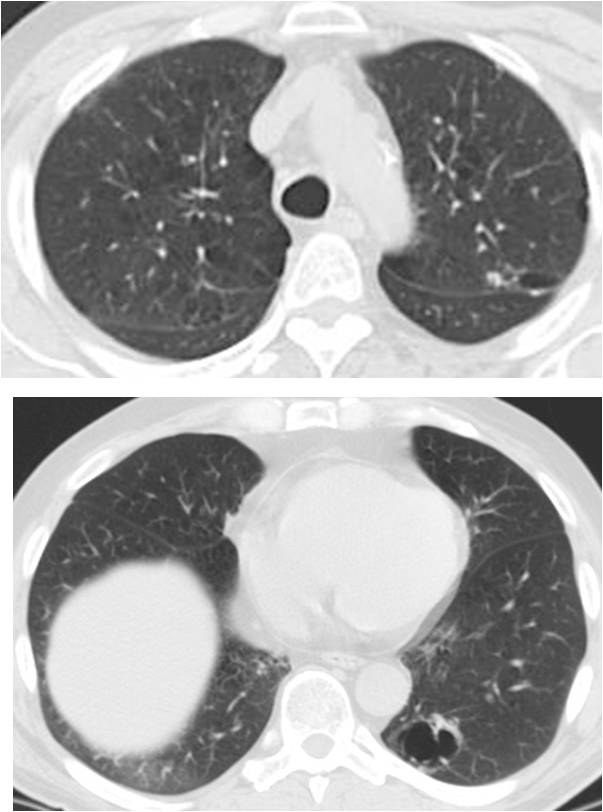 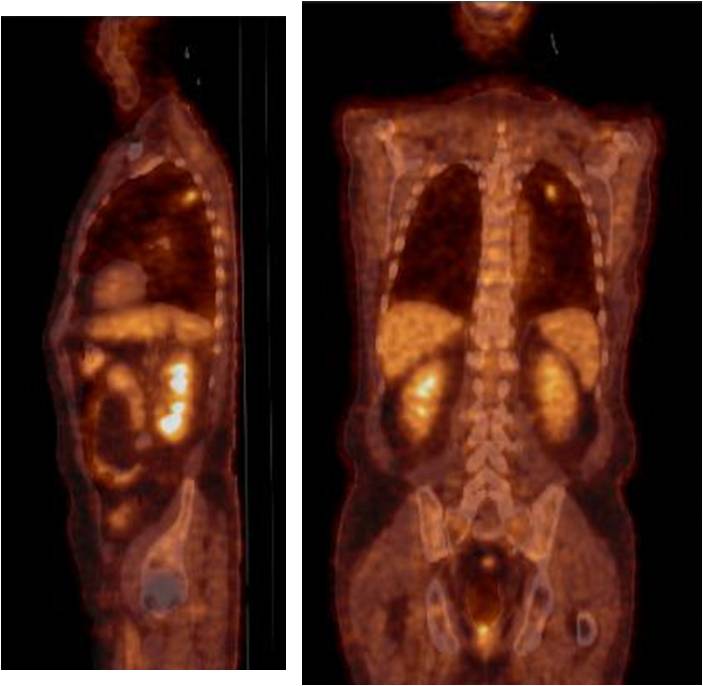 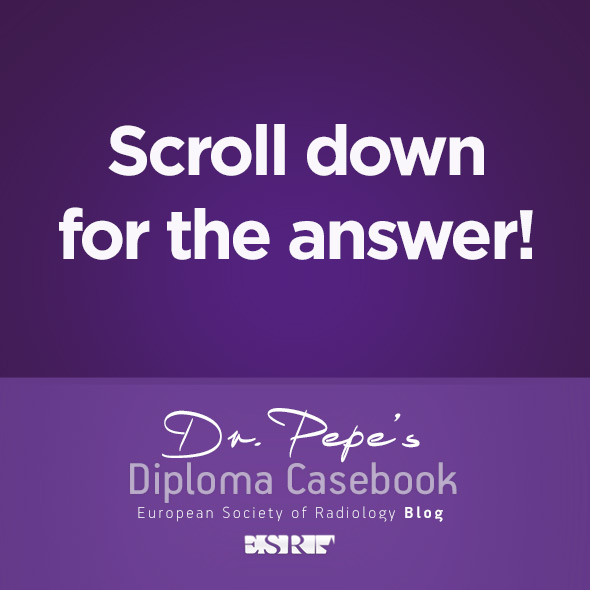 Findings: Apical axial CT image shows a small nodule in the LUL (A, arrow), with increased uptake on PET-CT (B and C, arrows). There is a cystic airspace in the LLL (D, arrow) with no PET-CT uptake, interpreted as a non-specific cystic airspace lesion. 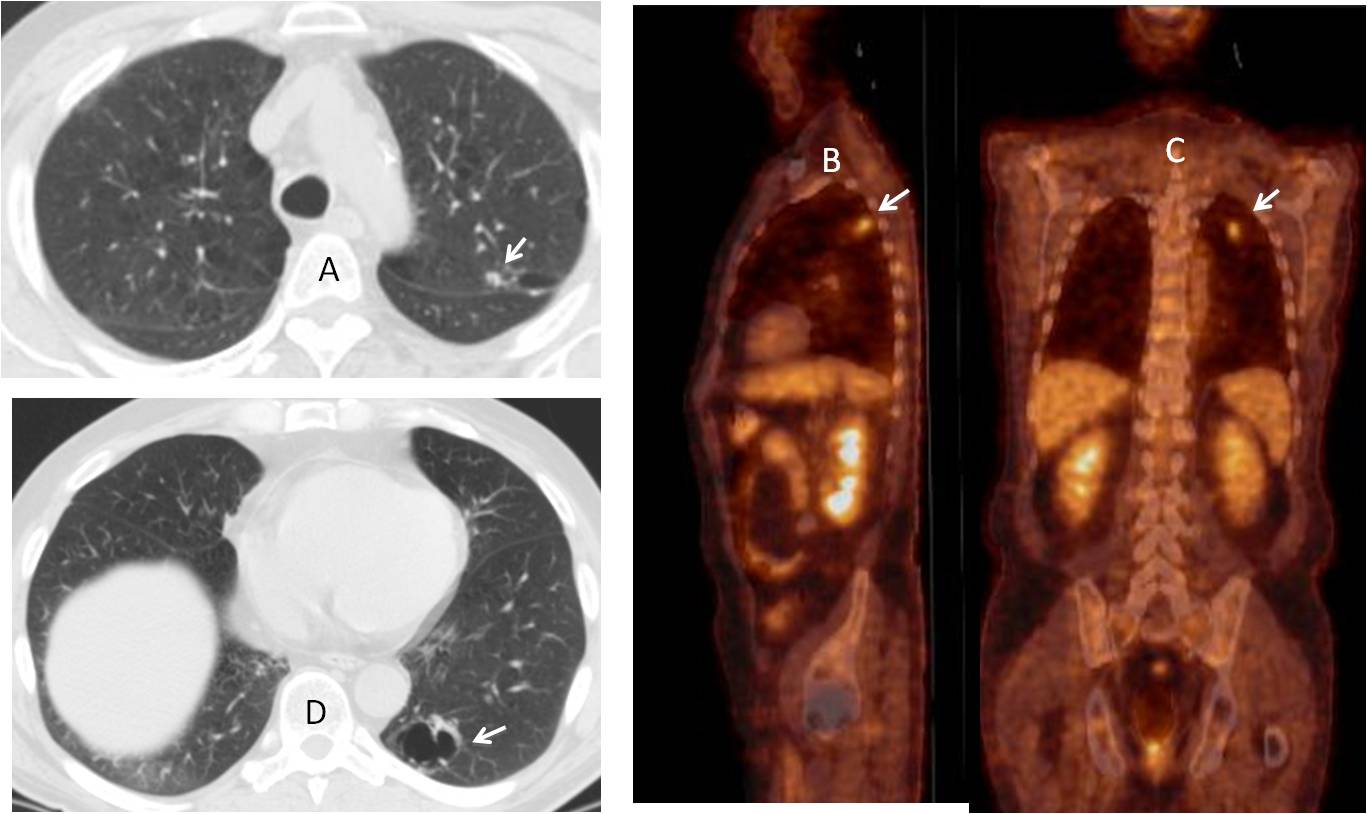 Resection of the LUL nodule discovered an adenocarcinoma. Follow-up CT one year later shows that the cystic airspace in the LLL has increased in size (Fig. 1). A new PET-CT was negative.

Fig. 1: The cystic airspace in the LLL seen in the initial CT (A, arrow) has doubled in size one year later. The walls remain thin (B, arrow).

It was decided to continue with yearly follow-up studies. CT and PET-CT were performed one year later (2009).

What would be your evaluation?

1. Infected bulla
2. Carcinoma in a bulla
3. Cystic carcinoma
4. None of the above

Findings: The cystic airspace, which had increased in size but still had a thin wall, has decreased slightly in size. The wall is thicker than the previous year. In addition, a new PET-CT shows increased uptake in the posterior wall (Fig. 2).

Fig. 2: Initial cystic airspace (A, arrow) increased in size but still had a thin wall in 2008 (B, arrow). One year later it has decreased in size and the wall is thicker (C, arrow). PET-CT shows uptake in the posterior wall (D, arrow). 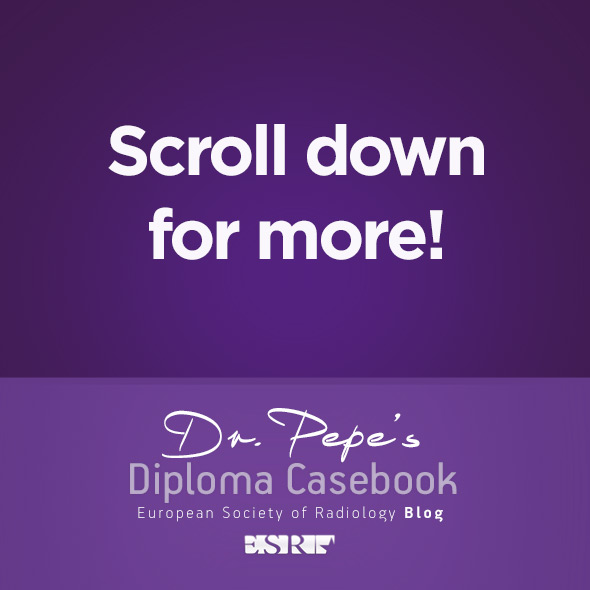 Malignancy was suspected. The patient refused further surgery or percutaneous biopsy and it was decided to do a follow up study three months later (Fig. 3).

Fig. 3: Axial CT shows that the cystic airspace has disappeared and in its place, a solid mass has developed (A and B, arrows) with increased overall uptake on PET-CT (C, arrow). At surgery, an adenocarcinoma was found.

Final diagnosis: adenocarcinoma arising in the wall of a cystic airspace, which disappeared as the tumour progressed.

Bullous disease of the lung is often associated with carcinoma. Isolated cystic airspaces (a term that includes bullae, blebs, and congenital cysts) are also associated with a higher incidence of carcinoma. The criterion to suspect malignancy is progressive wall thickening over time, with or without changes in the size of the cyst (1).

A lesser known fact is that the cystic space may disappear after the carcinoma develops (2), as occurred in this case. Spontaneous regression of a bulla may be due to non-malignant causes, but carcinoma should be excluded with CT because it may take years for the lesion be visible in the chest radiograph (Fig. 4). 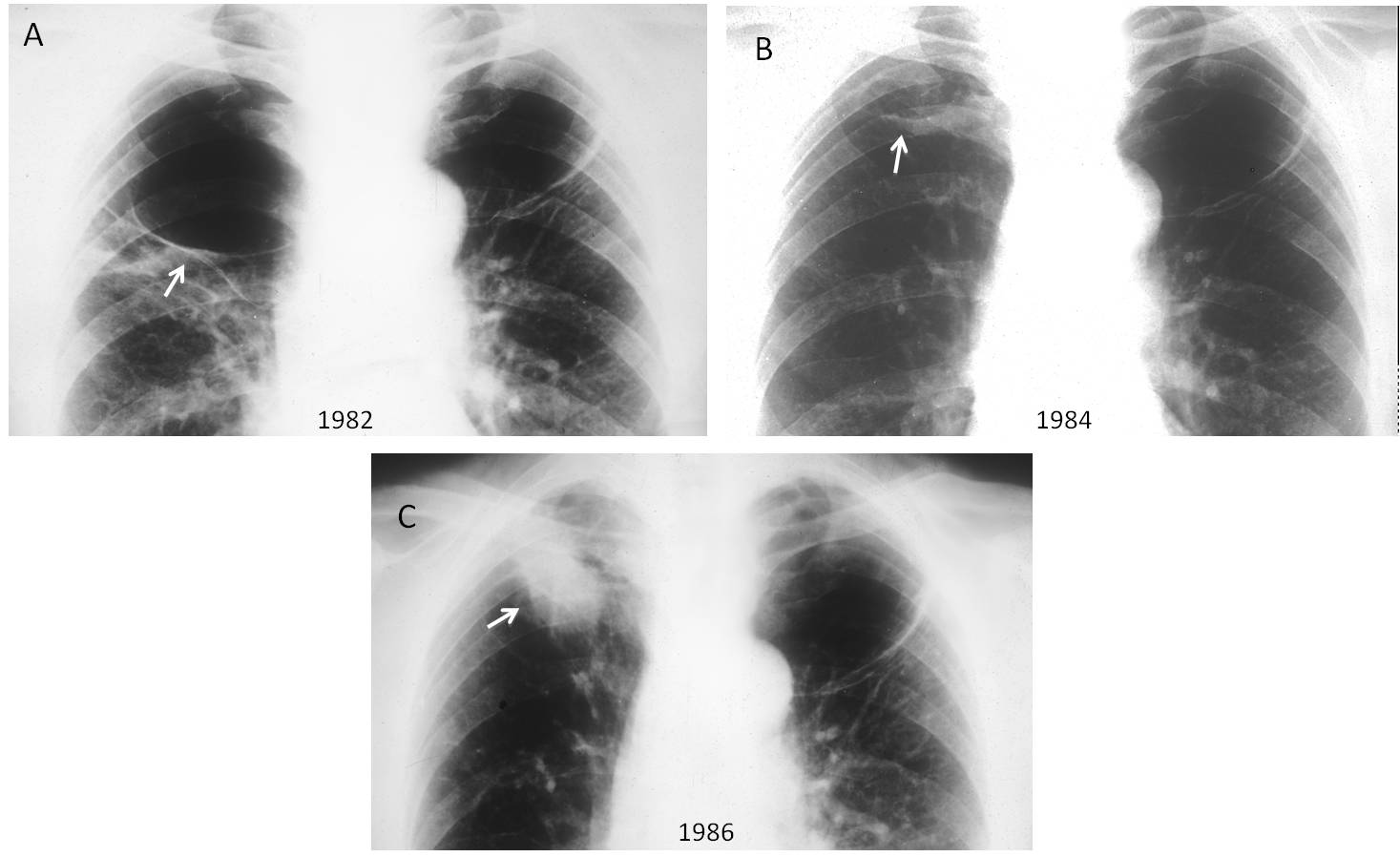 Fig. 4: 54-year-old man with bilateral apical bullae (A, arrows). Two years later the right bulla has decreased markedly in size (B, arrow). After two additional years, the bulla is gone and a mass is visible in the right apex (C, arrow). Surgical diagnosis: adenocarcinoma. As you can see, this case precedes Saitos’s report by three years. So I can claim that I saw it first! 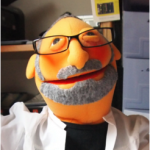 1. Isolated cystic airspaces are associated with an increased incidence of carcinomas.

2. Malignancy should be suspected when wall thickening is detected on CT.

3. The cystic airspace may disappear before the carcinoma is visible on chest radiography.