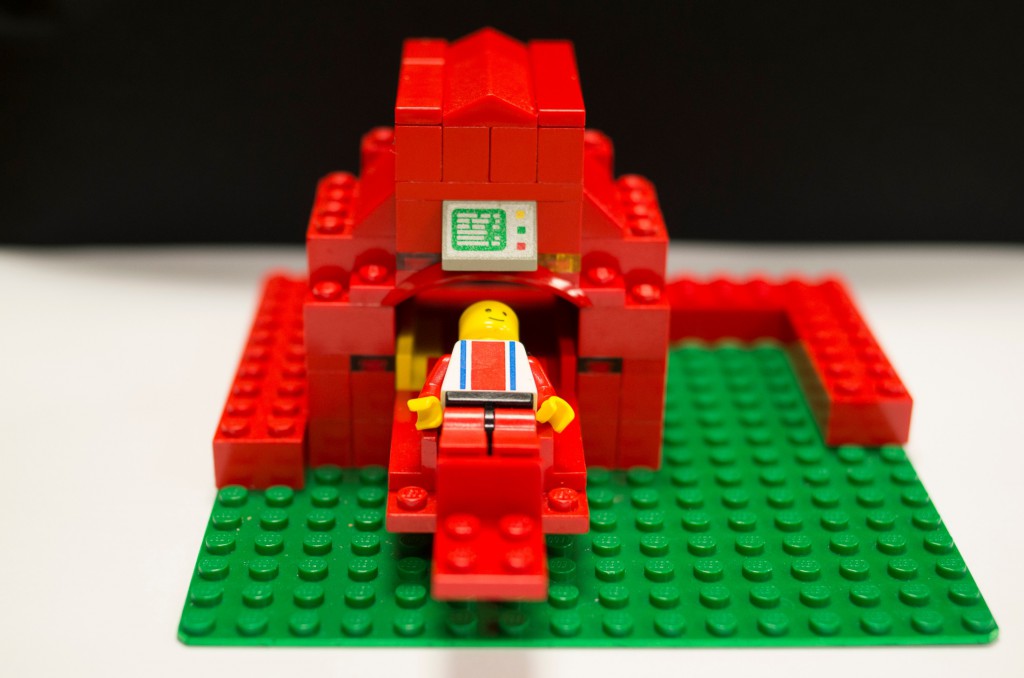 I have always been fascinated by LEGO®. There is something soothing about raking the pile with your hands, trying to find the perfect piece to complete your next build. It was with this mindset that I was helping my son, Yoni, build one of his projects (clearly there is no pleasure in this for me ;)). As we were working with the LEGO pieces, I came across a curved semicircular piece and realised that it reminded me of the bore opening of an MRI. With that thought in my head, my son and I began to build our initial LEGO MRI model. After building it, I realised that this might actually be useful for our child life division at the Children’s Hospital at Montefiore, spearheaded by Susan Frank and Meghan Kelly, to use when prepping patients for MRI. While many simulators exist on the market, some large and some small, none are built with the basic blocks of childhood. Additionally, its small size and portability allows it to be carried around the hospital in a regular work bag. 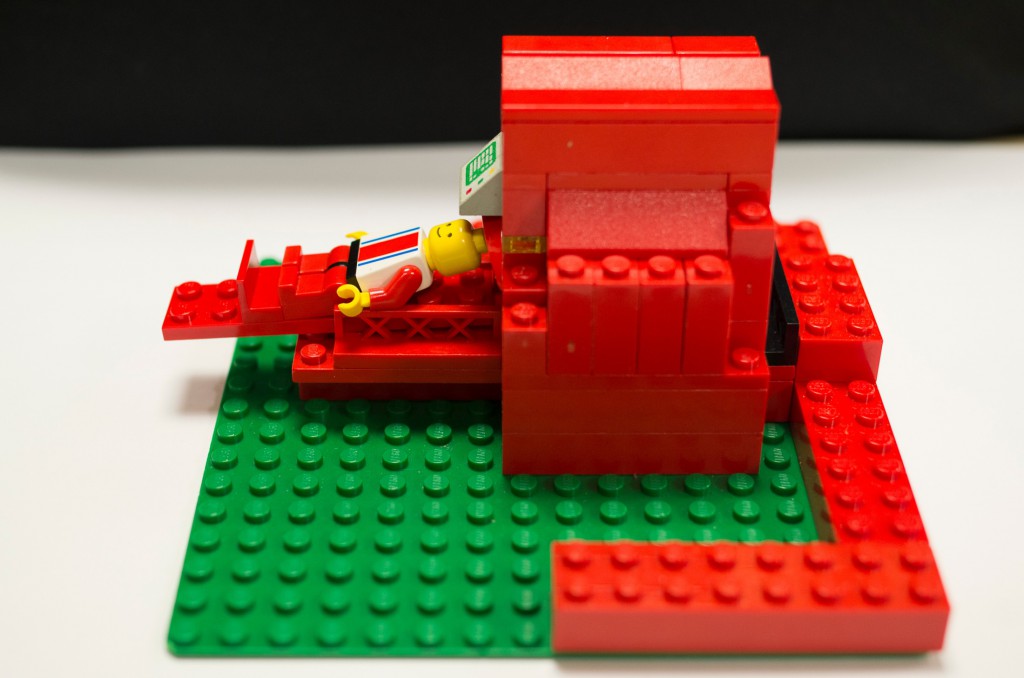 After hearing positive comments from our child life department and realising this may be useful on a national or even international scale, we decided to try to gain support on the LEGO ideas website. Our original model was well received, but after reading some posts on LEGO ideas from supporters, my son and I built a more detailed model (see below). 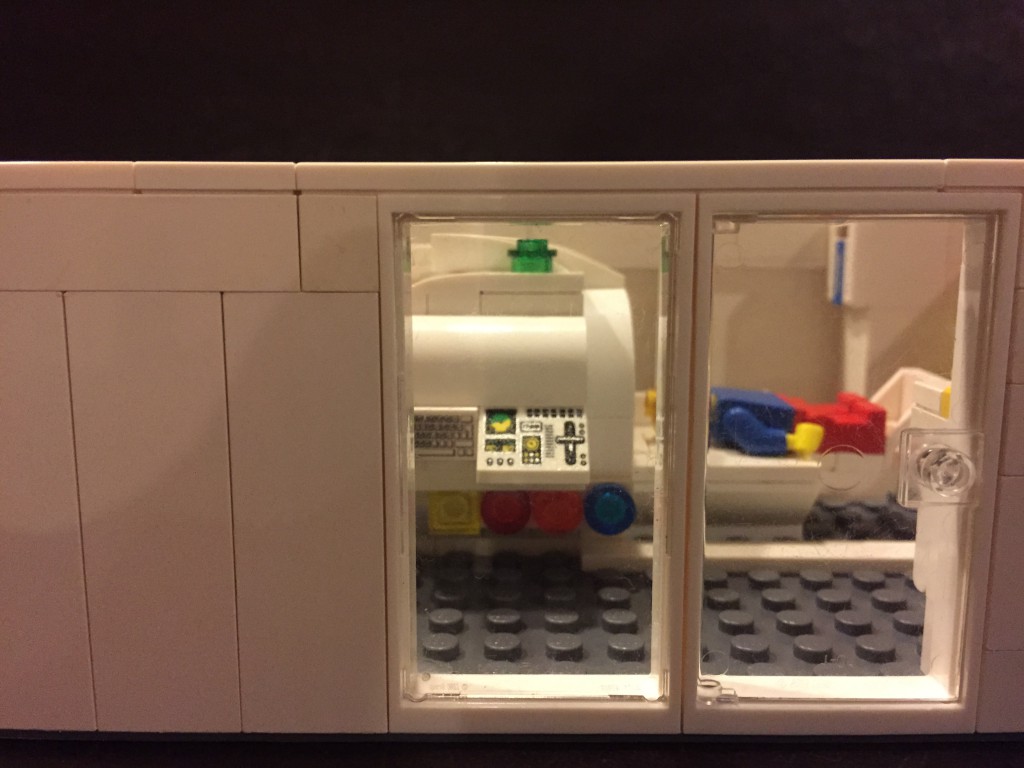 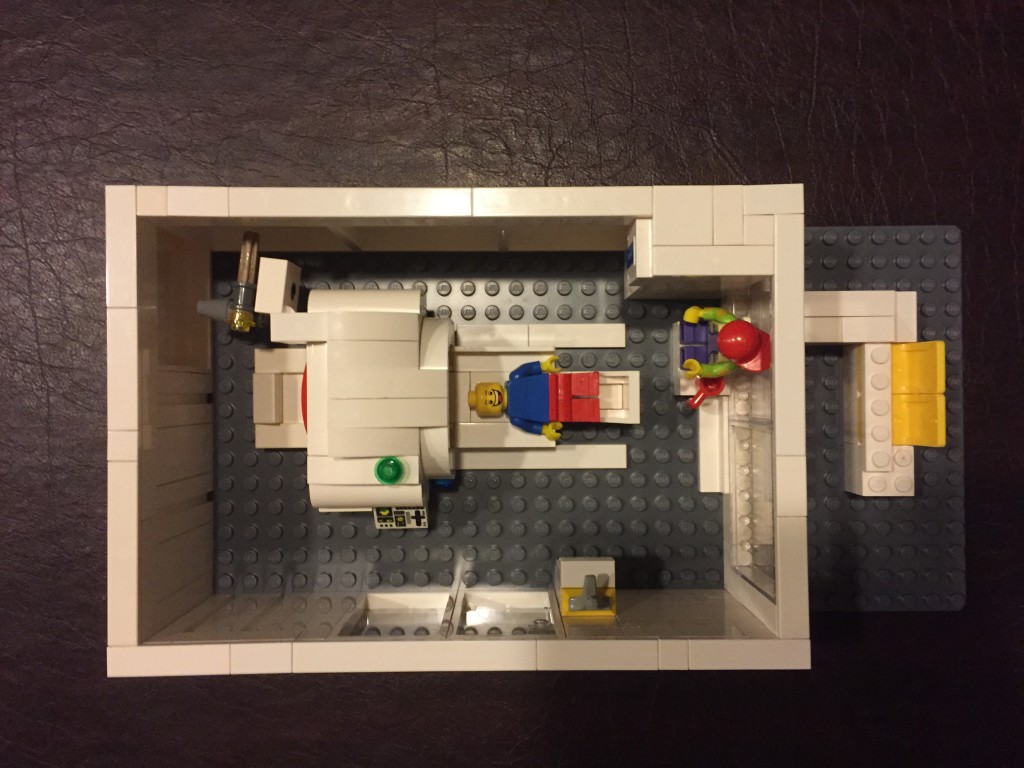 Unfortunately, although the idea was well received, the numbers of supporters needed at this site seemed out of reach.

We then reached out to fellow radiologists in an attempt to harness the power of social media. Fortunately, Dr. Geraldine McGinty, Chair of the ACR Commission on Economics, agreed to post it on her Twitter feed. There it was noticed by Dr. Erik Ranschaert, a radiologist in the Netherlands, who was similarly taken with the idea. Using fierce determination, Erik was able to communicate with certified LEGO professional, Dirk Denoyelle. Erik and Dirk refined the concept using their wits and experience to the new improved version below. 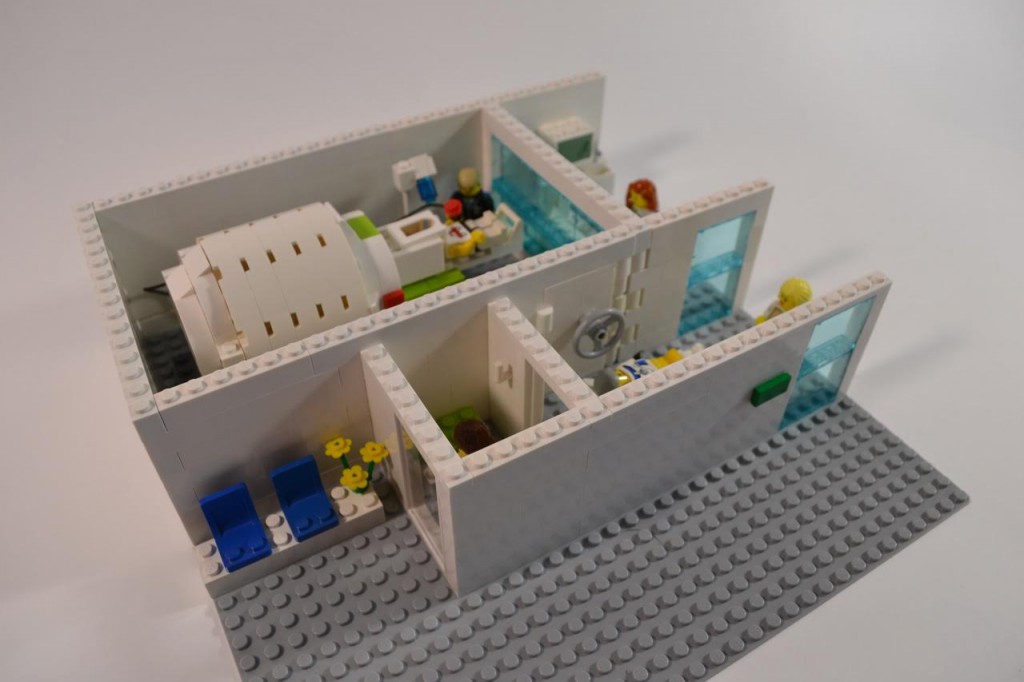 Erik has also succeeded in engaging his hospital’s play therapists and paediatricians, who are excited to realise this project’s potential. Erik’s hospital, Jeroen Bosch Hospital in Den Bosch, the Netherlands, has ‘put their money where their mouth is’ and provided startup funds for our initial product run.

In a nice example of ‘many hands make light work,’ the combined efforts of Erik, Geraldine, Dirk, my son Yoni, and myself, we are now moving forward with the project on two different levels.

We hope to distribute full size MRI simulation sets to children’s hospitals across the world. Eventually we hope this kit, along with other elements, will be made available by children’s hospitals everywhere. Additionally, we will make available small MRI units consisting of just the magnet itself (see below) for those interested in a less expensive alternative. 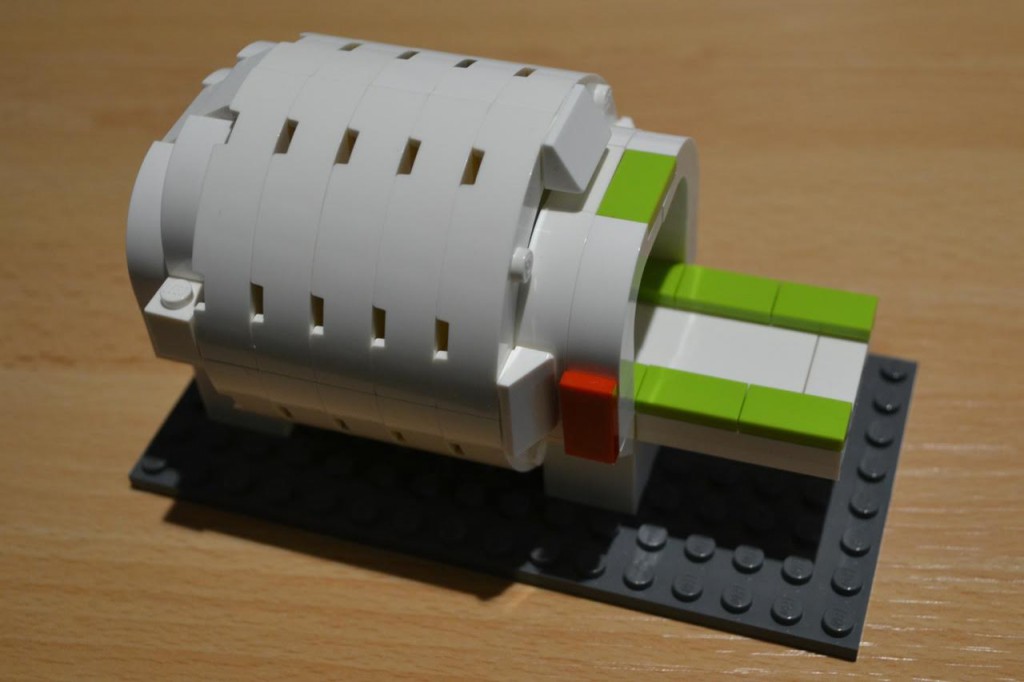 Some centres may even consider obtaining this smaller kit as a pre-visit gift for children preparing for their first MRI. Additionally, with time this can be complimented by other facets we hope to create, including a LEGO themed video about undergoing MRI and eventually a smartphone application which will allow patients to download and listen to audio recordings of entire MRI study sequences to help prepare for the loud and unusual noises which often scare children.

We hope to partner with other sites internationally to provide data on the efficacy of the LEGO MRI.

Fortuitously, this year the International Day of Radiology is centered on paediatric radiology, which provides a great opportunity for us to publicise this project and invite others to join us. We are delighted to be a part of the effort to publicise the value of radiology and creative approaches to optimising children’s experience in radiology.

It is our hope that this portable stimulator and our additive programmes will enable younger children to feel less anxious about the prospect of having an MRI, as well as allow them to complete the study without the need for anaesthesia.

Talk about a block party!

Benjamin H. Taragin, MD, is a board member of the Society for Pediatric Radiology. For information about the project, please contact btaragin@gmail.com

This is not an official LEGO® product. The LEGO Group does not endorse this product in any way, shape or form and does not accept any responsibility for any unforeseen or adverse consequences following from this product. LEGO® LEGO, the LEGO logo/the Minifigure/ MINDSTORMS/LEGOLAND are trademarks of the LEGO Group. ©2015 The LEGO Group.