This year, the main theme of the International Day of Radiology is emergency radiology. To get some insight into the field, we spoke to Dr. Elizabeth Dick, BSc, MD, consultant radiologist and honorary senior lecturer at Imperial College London, United Kingdom.

European Society of Radiology: Could you please describe the role of the radiologist in a typical emergency department in your country?
Elizabeth Dick: It varies. In many hospitals, traditional model remains; radiology and emergency departments are distant from each other. There may be one or two consultant radiologists with an interest in emergency imaging who are the ‘go to’ radiologists for the emergency team during the day. After hours, on-call radiologists will be the point of contact, but they are busy with many services, and increasingly may be remote from the hospital they cover. 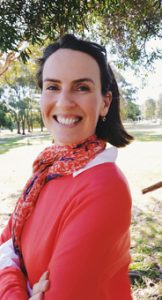 Dr. Elizabeth Dick, BSc, MD has worked as a consultant radiologist and honorary senior lecturer at Imperial College London since 2002.

Teleradiology often is used to deliver after-hours care, with obvious advantages. The result is an inevitable loss of personal interaction between the radiology and emergency departments. However, set against this traditional model is the ‘gold standard’. Since 2010, a network of major trauma centres was set up across the UK to deliver excellence in trauma care. In these centres, radiologists usually are an integral part of the trauma team, and the CT scanner is usually co-located in the emergency department. This has a ripple effect: Not only is trauma imaging improved, with resulting lower morbidity and mortality, but all emergency patients benefit from a closer relationship between radiologists and the emergency department team.

ESR: What does a typical day in the emergency department look like for a radiologist?
ED: I start my day at 7am by checking all the reports from the night before so that I can speak to the emergency teams as they do their ward rounds at 8am. Our radiology registrars and residents do two, twelve-hour shifts (8am to 8pm), so this is a good opportunity for the on-call registrars to discuss cases they found particularly challenging. Like all hospitals, we perform more imaging examinations each year. On average, there are at least 25 patients who get imaging (mainly CT) overnight, which means a huge responsibility for the radiology registrars on call. Although they may reach out to the duty consultant during their call, for most scans, registrars issue a report based on their own findings. We regularly audit their reports, and the discrepancy rate is very low – probably due to the fact that they strive to work hard to learn. Also, they get a lot of training and support before, during and after being on call.