Following the launch of the first International Day of Radiology in November last year, the field of radiology now has another special day to celebrate. During the opening session of an annual science day in New York, USA, marking its tenth anniversary, organiser Prof. Hedvig Hricak and her colleagues were presented with a proclamation officially declaring April 19, 2013, Radiology/Science Careers Awareness and Exploration Day for High School Juniors. 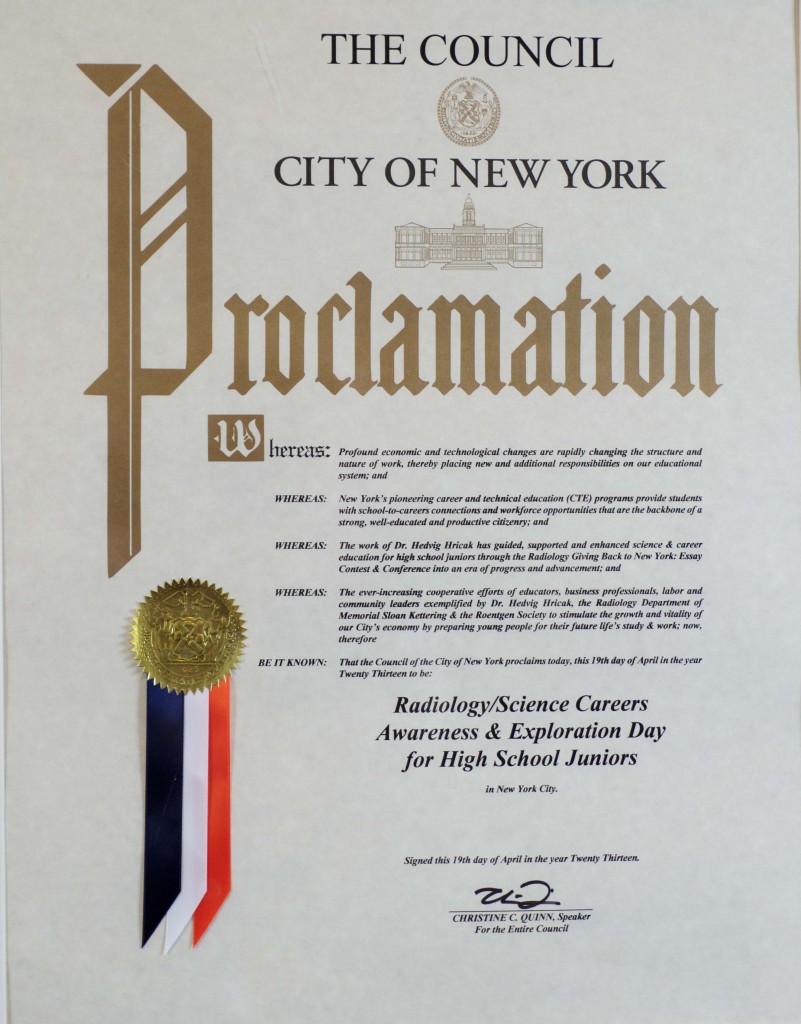 For the last decade, public high school juniors from all five boroughs of New York City have enjoyed this special opportunity to find out about the broad spectrum of careers in radiology. Each year, a day of science activities, including a hands-on ultrasound workshop and interactive lectures from radiologists, radiology nurses and technologists has been held for students who enter the Radiology Giving Back to New York essay contest. In 2013, the essay topic was ‘imagine a world without radiology’, with prizes awarded for the best submissions and the first place entry being published on the website of top scientific publisher, Elsevier.

Prof. Hricak, who is chairman of the department of radiology at Memorial Sloan-Kettering Cancer Center (MSKCC) and has organised the event in cooperation with the New York City Department of Education (NYCDOE) for the last ten years, expressed her delight and surprise at the unscheduled announcement.

“Never, ever did we expect such an honour. Considering that 8.3 million people live in New York City and the proclamation has to be presented to and voted on by the city council, a proclamation of a special day dedicated to radiology is a wonderful recognition for our specialty,” she said.

Hricak, who is also an ESR Honorary Member and Gold Medallist, was presented with a signed copy of the proclamation, as well as a personal certificate of appreciation, by NYCDOE’s senior director for Career and Technical Education. 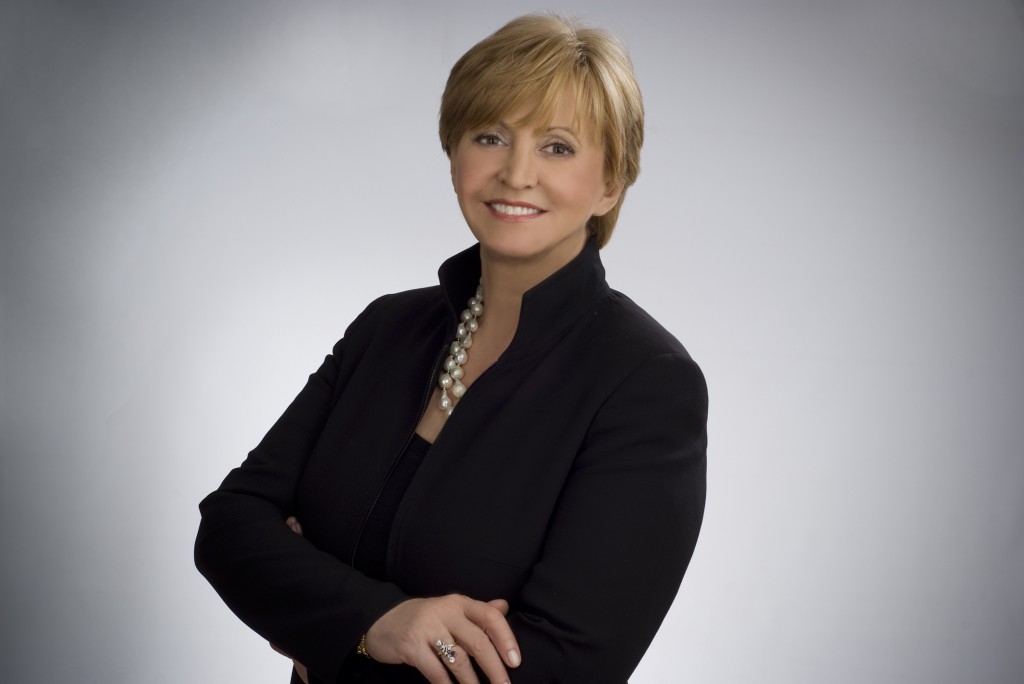 Dr. Hricak Hedvig was awarded honorary membership of the ESR in 2011 and the ESR Gold Medal in 2012