Eminent neuroradiologist to give honorary lecture at ECR 2017

In recognition of his significant impact on the field of neuroimaging and his service to organised radiology, Professor Mauricio Castillo from Chapel Hill, NC, United States, has been invited to deliver the Wilhelm Conrad Röntgen Honorary Lecture ‘Dissatisfaction, burnout and inequality: three major challenges in radiology’ at ECR 2017. 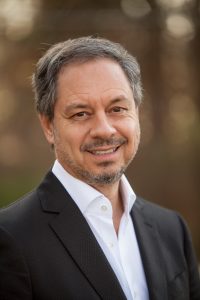 Mauricio Castillo is the James H. Scatliff distinguished professor of radiology, chief and programme director of neuroradiology at the University of North Carolina in Chapel Hill. He is currently president of the American Roentgen Ray Society.

His specialty and subspecialty choice was in large part motivated by his mentors.

“When I was a medical student, I was fortunate to work in the only teaching hospital that had a CT scanner and two board-certified radiologists. I was very impressed by the impact of imaging in patient care and by the way these two professionals used their large base of knowledge of medicine to generate a differential diagnosis based on imaging findings. Later on, while I was a resident, I developed a close relationship with Dr. Robert Quencer, which led me to become a neuroradiologist. One should never underestimate the influence we may have on our trainees and the influence our mentors have had on us,” he said.