The ESR spoke with Manuela Messmer-Wullen, president of the Austrian Stroke Self-Help Association (SHÖ) and liaison officer for the Stroke Alliance for Europe (SAFE), about the long-term effects of stroke, how it can be prevented and how imaging can help provide a crucial time-saving diagnosis.

ESR: What is the overall aim of your organisation in Austria and what exactly do you do to achieve this goal?

Manuela Messmer-Wullen: Our mission is to inform the public about the burden of stroke, inform them on how to prevent stroke and support those who have been affected by stroke with information regarding their rehabilitation. We also provide support for carers, as well as information on where to find the right rehabilitation facilities, medical support, access to treatments, etc. We lobby, in general, for a better situation for stroke patients and their carers, to give them all a voice in the Austrian healthcare system. I do this work on a voluntary basis, without financial support from the state; projects are financed by individual funders. My personal investment of knowledge, time, energy and power is made in an effort to give stroke patients and their carers a better quality of life in Austria.

ESR: How many members do you have? Who are they?

MMW: In several Austrian states there are different groups run by individuals, therapeutic staff and medical professionals. SHÖ is the umbrella organisation for stroke patients and its membership is made up from many different patient groups who support their members across the country and within different fields. 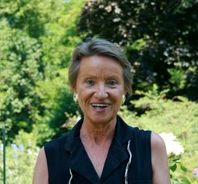 Manuela Messmer-Wullen, president of the Austrian Stroke Self-Help Association (SHÖ) and liaison officer for the Stroke Alliance for Europe (SAFE)

ESR: Stroke affects an increasing number of people worldwide. Do you think current Austrian health policies are well suited to tackling the issue?

MMW: Not at all, there is no special information pointing out that stroke itself is a brain attack. Stroke is often obscured by the term ‘cardiovascular disease’. This term is used by the media for simplicity and much of the public is unaware that it includes stroke. It would be more helpful to use the individual terms, stroke and heart attack more often. The public has to be informed about the danger of stroke and its possible consequences, like disability. Stroke affects the brain and can damage a lot of functions. Most people have no idea about these facts. Once they have this basic information about stroke, we can start educating them on how to prevent it. Stroke is the only brain disease that can, in certain circumstances, be prevented. People need to be informed of the necessary lifestyle changes.

ESR: Stroke can be lethal or disabling if not treated within the first six hours. In that time, interventional radiologists can perform endovascular procedures to treat stroke. Do you think people know about this procedure?

MMW: A radiologist seeing a patient in the early stages of a stroke can be very effective. However, most stroke patients are initially seen by a neurologist who will first attempt to treat the patient. This can mean that the patient will not see a radiologist in time for such an intervention. Most people won’t know that a radiologist is able to treat and solve such a serious problem, so they won’t ask to be treated this way. The problem with stroke is the lack of information and education on how to prevent, recognise and proceed. Again more awareness is needed on the potential role of radiology in the diagnosis, management and treatment of the various neurological disorders.

ESR: What should you do when someone suffers a stroke?
MMW: You should immediately call the emergency services and inform them that the patient may be having a stroke. They will then bring the patient to the nearest stroke unit, or, if not available, to the nearest neurology department.

ESR: What should relatives bear in mind when a loved one has a stroke?
MMW: Stroke affects the personality of the patient as well. They often suffer from depression along with a lot of other different symptoms. When the patient leaves the hospital, the family never gets back the person they knew before. This situation is very difficult to understand and not treatable with medication, only through psychological treatment for both patient and carer, so that they can get to know each other again and understand each other’s situation.

ESR: Many European countries face significant health budget cuts, leading to shorter hospital stays and less access to modern equipment. What is the situation in Austria? How can patients benefit from state-of-the-art care?

MMW: If patients are brought to a stroke unit, they are very well treated. When people with stroke symptoms call their GP, a stroke diagnosis is often missed and the right treatment starts too late which can have fatal consequences. If people go to the hospital themselves, getting an MRI exam in time is very often a question of luck.

MMW: This is a very comprehensive question. In terms of stroke, it would be helpful for people to appreciate that all functions of the body depend on the brain. If part of the brain is damaged by a stroke, the result is a corresponding defect which can affect bodily function. This can lead to some form of disability. In fact, most cases of adult-acquired disability are caused by stroke. To communicate with patients or their carers is very often a question of time and understanding people’s reaction to tragic situations and problems; a question of human sensitivity and empathy. These attributes very often have no place in everyday clinical work. The problem is that stroke changes a life from one second to the other, and it takes time for patients and relatives to come to terms with the situation and commit to the major life changes that come with caring for a stroke patient; because the whole family will be affected by new problems.

If a patient’s brain is damaged in the regions responsible for speech, a lot of different problems can arise. It could be that they have problems with comprehension or speech. It might mean a patient can no longer express themselves, can’t understand what the doctor says, can’t put words in the right sense, or can’t speak at all. These patients need very special treatment in communication, along with rehabilitation and therapy; most of them for the rest of their lives.

ESR: Do you think people have a good idea of what radiology has to offer stroke management today?

MMW: No, I don’t think so. They don’t because most of them have no idea about the disease itself. And radiology is a very technical discipline, which needs a lot of time to be explained in an understandable way.

ESR: Do you think an initiative like IDoR, which focuses this year on brain imaging, can help in this regard?

MMW: IDoR can help if it speaks in the patient’s language, and tries to inform them about the need to call the emergency services immediately and get the patient to a stroke unit as quickly as possible, where important treatments are routine work.

ESR: What other benefits do you think IDoR could bring?

MMW: IDoR can help to build a relationship of confidence with the specialists who know how best to recognise and deal with stroke. It could also spread knowledge about the different ways of imaging parts of people’s body. This is a great opportunity to educate and inform patients; afterwards they will be more able to take responsibility and, hopefully, take better care of themselves.

Manuela Messmer-Wullen is president of the Austrian Stroke Self-Help Association (Schlaganfallhilfe Österreich, SHÖ), as well as liaison officer and board member of the Stroke Alliance for Europe (SAFE). She is also an EFNA Board member. She has worked for different companies and agencies in Europe as a marketing & advertising manager, PR director and communications director. Her last active profession was Head of International Communications in Philips Speech Processing, 1992–2001. In 1997, she suffered a stroke during a business trip. The rehabilitation process and therapies took more than seven years in total and it took at least ten years to completely recover. In 2001, she left her paying job and in 2004 took over the presidency of SHÖ, which she founded together with a group of interested patients and professionals. That same year, a national umbrella Austrian Self-Help Association for health-related groups was founded and she helped create the statutes of this new organisation. Messmer-Wullen also played a key role in devising the statutes, constitution and mission statement of SAFE.