Imaging data is key in multicentre clinical trials for cancer research but quality control is currently a major impediment, bringing the validity of the trials into question and potentially impacting on the quality of drugs put on the market, a panel of experts will argue today in a session held by the ESR and the European Organisation for Research and Treatment of Cancer (EORTC) at the ECR.

Imaging is increasingly contributing to cancer research thanks to the development of innovative techniques that depict functional and molecular processes. In most oncological clinical trials, imaging is now the primary criteria used to evaluate progression of disease or efficiency of the drug being tested.

The best way to obtain valuable imaging measurements is to involve the imagers who take part in these trials and educate the clinician investigators, experts will explain in the session.

When it comes to imaging in cancer research, a number of issues take centre stage. Difficulties associated with integrating imaging biomarkers into trials have been neglected compared with those relating to the inclusion of tissue and blood biomarkers, largely because of the complexity of imaging technologies, safety issues related to new contrast media, standardisation of image acquisition across multivendor platforms and various post-processing options available with advanced software, as reported recently in The Lancet by the EORTC and leading researchers.

Unfortunately, radiologists are often not involved in multicentre clinical trials at the trial development stage and this may challenge the quality of the data acquired, according to Dr. Yan Liu, clinical leader of the Medical and Translational Research, Radiotherapy and Imaging department at the EORTC headquarters. 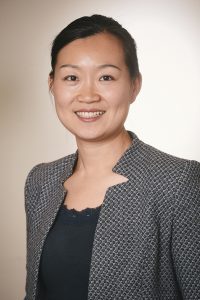 Dr. Yan Liu from Brussels is co-chair of today’s joint session of the ESR and the EORTC.

“Ignorance of these pitfalls directly affects the quality of the imaging read-out, leading to trial failure, particularly when imaging is a primary endpoint. When radiologists are not involved early enough in the trial, risk identification is not in place. Involvement of radiologists should be encouraged and increased,” said Liu, who is also a trained radiologist.

Lack of proper training for radiologists or radiographers is one of the main causes of quality problems and errors, because protocols are not properly introduced at the start of the trial. Imagers may not adapt their parameters according to what is being studied, nor may they include the necessary quantitative measurements in their reports.

The problem is that clinicians in charge of deciding clinical pertinence of drugs are not able to control the quality of these measurements, according to Prof. Laure Fournier, a radiologist at Hôpital Européen Georges Pompidou in Paris, France.

“Oncologists often just rely on measurements and don’t ask for the images. They just want a value. But quality control of this value is something only the imager can do,” said Fournier, who will focus on education issues in her talk.

Radiologists must be trained to use the appropriate protocols for an ongoing trial.

Image acquisition is usually not an issue, since good imaging criteria must be transposable to all machines. But radiologists must be trained to evaluate data according to international criteria, because these criteria are specialised.

Clinicians, for their part, must understand the implications of using imaging data in their trials and they must be aware of these pitfalls when they design their studies.

“Communicating and raising awareness between all specialists is crucial. Clinicians must understand what is at hand and try to involve the imagers upstream more,” said Fournier, who suggested regulating bodies such as the FDA or EMA should also be educated in that sense. 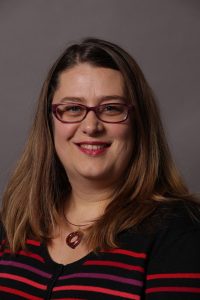 Prof. Laure Fournier, a radiologist at Hôpital Européen Georges Pompidou in Paris, will speak about training opportunities for radiologists involved in multicentre trials.

“If the quality of imaging endpoints is not controlled, then quality in drugs put on the market is at risk,” she said.

Fournier acknowledged the importance of centralised re-readings by independent imagers, a strategy currently used by the EORTC to verify quality of imaging data.

However, she underlined that this plan comes a little late and implies losses, because a lot of data has already been used by the time it is evaluated by an independent panel. “Patients have already been included and treatment discontinued based on local readings of images,” she said.

Local communication and funding are cornerstones in future strategy development, according to Prof. Fournier. “Imaging departments need local funding, to have the appropriate personnel to follow all the necessary protocols in the study,” she said.

To improve quality control, the EORTC has adopted a practical stance and offered a risk management approach in its white paper published in The Lancet.

The authors recommend performing an initial risk assessment plan before study initiation and have identified 22 risks that might exist in the integration of imaging biomarkers into clinical trials, from risks to patient care to methodological and operational risks to the study.

Risk assessment should be done by a multidisciplinary team, including imaging experts, oncologists, and study project managers, and it should be reviewed and updated throughout the trial to ensure that actions have been or will be taken.

The authors also included a stepwise list of recommendations for investigators designing clinical trials that include imaging from protocol development to site activation and the end of the trial.

“A position paper is just the first step; we need to start a discussion with stakeholders and improve the situation now. We need to know the danger; when we do clinical trials it’s not just imaging the patient, there are many steps in preparation to help achieve quality, so we need to identify risks first and have enough resources for this methodology before to avoid problems,” Liu said.