The congress programme in its unique composition offered a lot of well presented sessions and courses held by renowned ultrasound experts from all over the world. In particular, Dr. Hildebrandt from Berlin Germany made a very big impression on his audience during the opening ceremony, where he presented his experiences and adventures with large patients in the field of veterinary ultrasound. Especially interesting was his video footage of his work with endangered pachyderms in African National Parks. 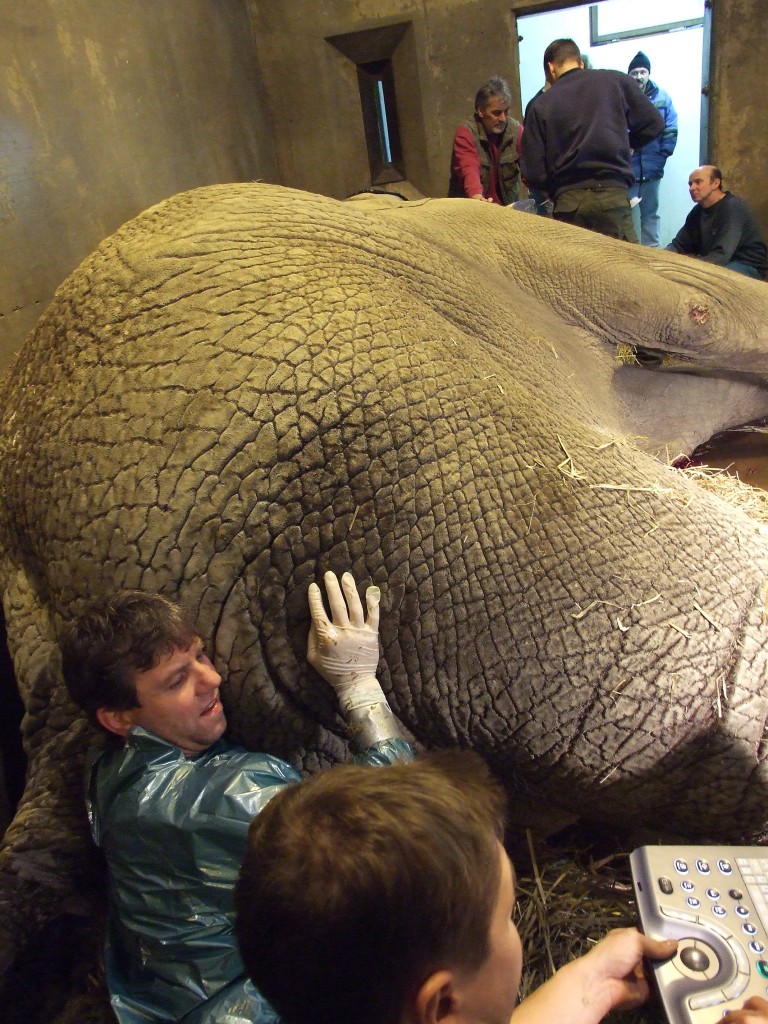 Dr. Hildebrandt visitng one of his patients in Prague

Another session that drew a lot of attention was the ‘How everything started: we meet our pioneer’s’ session, featuring luminaries of ultrasound such as Prof. Barry B. Goldberg from Philadelphia/US, which felt a little bit like travelling back in time and experiencing the beginnings of clinical ultrasound. Other sessions covering new technologies such as elastography or different methods of contrast-enhanced ultrasound applications were also very popular among the congress guests.

Besides the scientific programme and loads of sunshine, the WFUMB 2011 also offered a large and well attended technical exhibition presenting the latest achievements of the ultrasound industry. Congress attendees were especially grateful for the ice cream stands some of the companies brought with them to make the outside heat a little bit more bearable. 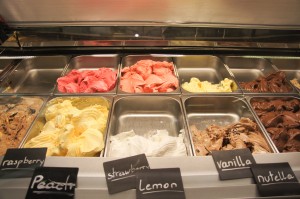 Ice cream giveaway at one of the booths

One of the social events took place in the lovely village of Gumpoldskirchen, where congress guests had the chance to attend the local wine festival and to experience the atmosphere of the many ‘Heurigen’; cosy and informal wine taverns that serve their own wine from the most recent year. Ironically, the only time during the congress that the weather turned bad and eventually into an enormous thunderstorm was during this visit, so that sitting outdoors as one normally does at a Heurige was impossible. But after one or two glasses of delicious Austrian wine the outside weather conditions soon became peripheral.

Looking back, the WFUMB 2011 was another great success for everyone from the ESR and all the companies that made a contribution to it, but far more importantly for all of the attendees who found their way to Vienna from 75 different countries worldwide. All in all we counted 2,715 participants at the WFUMB 2011: not bad for a congress held during holiday and summer time.