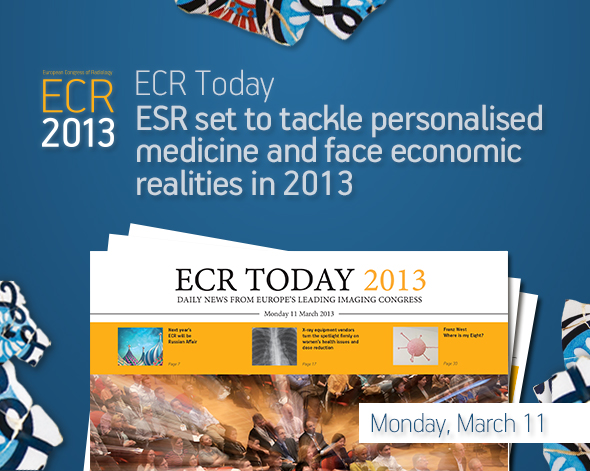 In an interview with ECR Today, incoming ESR President, Professor Guy Frija explained how the ESR should address the challenges raised by the explosion of ‘omics’ data and the advent of personalised medicine, as well as how it should assess the impact of the financial crisis on the specialty.

ECR Today: What are your plans and ambitions regarding your presidency?
Guy Frija: The development of the ESR since its establishment in 2005 has been amazing: the ESR is now the biggest radiological society in the world, and its annual meeting, the European Congress of Radiology (ECR), is one of the best radiology congresses worldwide. All of this is the result of intense activity in several fields, such as education, research, professional challenges and publications, for the development of which the role of my predecessors was instrumental, along with the dedication of many of our colleagues. Therefore my first goal is to keep up this momentum and run the society appropriately, in accordance with its new statutes. However, life is challenging, and we will have to face many new issues in the coming year. 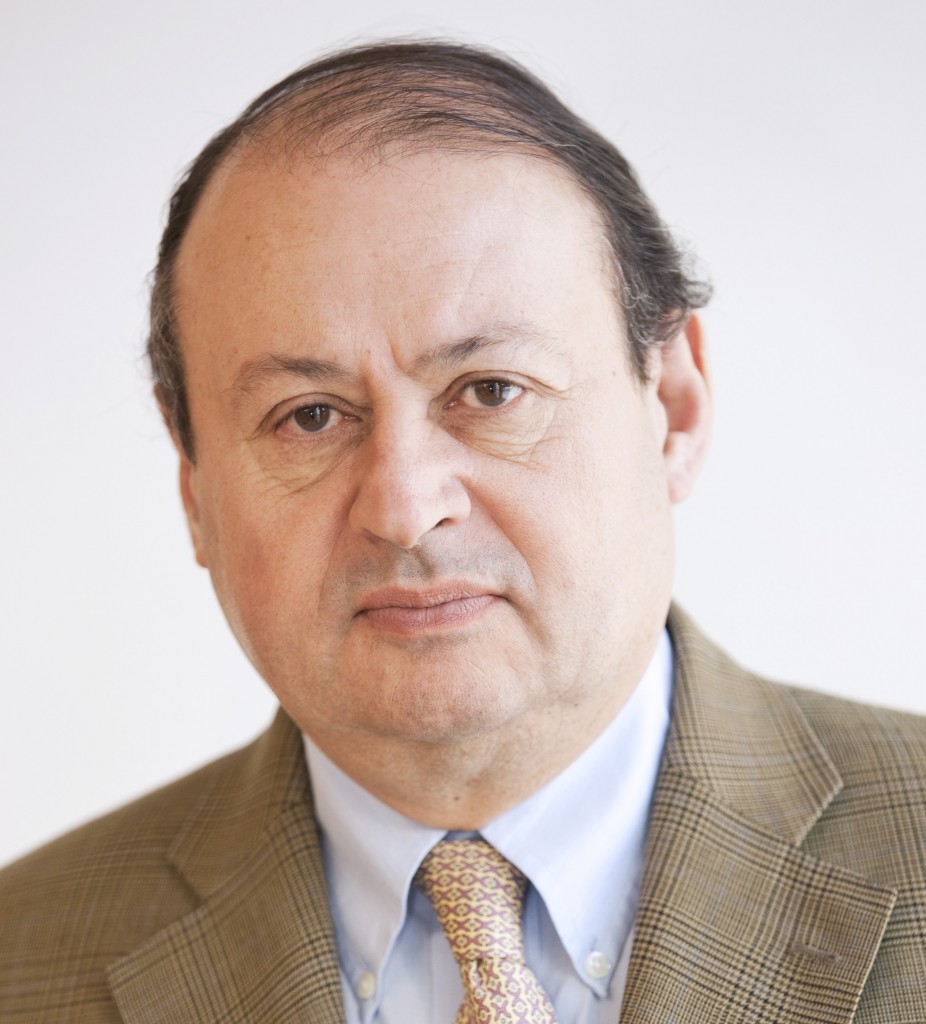 The explosion of ‘omics’ (such as metabolomics, proteomics, genomics) data is changing the face of medicine so considerably and rapidly that, if we don’t pay enough attention, our specialty could be threatened. Personalised medicine is not a just a dream, but an actual reality, and we have to adapt our specialty to this new paradigm. This year, DNA sequencing could become available for less than €750 (US$1,000), and in the UK, the Prime Minister David Cameron has launched a programme for the development of personalised medicine. The development of personalised imaging, which has already begun in oncology, should be taken further, and we have to appreciate its impact on education. I will ask two or three subspecialties to reconsider their training charters in light of these new developments. The data explosion related to these changes raises not only the problem of their management, but also of their interpretation in an integrated way: the imaging parameters should be included in this new data knowledge organisation, where knowledge modelling will become a major challenge. The establishment of imaging biobanks should be promoted along with adapted data privacy regulation.

I would say that we are facing huge scientific challenges, and I will propose to the ESR Executive Council that a scientific advisory board be set up in order to help better define ESR policy.

Apart from this, we can’t ignore the fact that several European countries are facing a severe economic crisis which we hadn’t considered until now; I will ask the Executive Council to set up a working group on economics, in order to estimate the impact of the crisis on our specialty. The national societies will be solicited for this task.
As you can see, if our specialty needs to take a new scientific approach in order to prepare for the future, then we also have to look at the situation in our specialty across Europe.

ECRT: The ESR launched the International Day of Radiology on November 8, 2012, to build awareness about the benefits brought about by imaging. What do you think of this initiative?
GF: The International Day of Radiology was very successful; the ESR played a key role and has to be congratulated. I think that this day has to be considered as a first step on the path towards awareness. Talking about the benefits is certainly important; but we also have to promote better use of imaging, not only for safety reasons, but also, and very simply, for improving quality of care. Previous campaigns conducted in America have shown their usefulness, and I think we have to learn from these experiences. The development of such public campaigns in Europe could be beneficial; however we have to consider European diversity and adapt campaigns.

ECRT: You are a former chairman of the National Societies Committee of the ESR. Do you think the level of cooperation between the ESR and these societies has been good enough? How could it be improved?
GF: An important characteristic of the ESR is its institutional membership, i.e. the national societies, subspecialties and allied sciences societies. Let me first remind you that the foundation of the ESR was the result of the political action of five national societies in 2002. Institutional Member Societies represent the political pillar of the society, and therefore should be considered in accordance. The relationship with national societies can be described as rather good, but it is a fact that it should be improved. I will invite some of them to the leadership meetings, and set up an e-newsletter specifically dedicated to Institutional Member Societies. I also hope that the economics working group will help improve our relations.

ECRT: One of your interests is IT, and the H.E.G.P. is the most advanced hospital in France in this field. Do you think there is sufficient investment in IT services in European hospitals today?
GF: I think that IT is the backbone of the development of quality and safe practices, and it is also key to improving efficiency. Even if I don’t have the figures for IT in Europe, I am quite sure that its distribution varies across different countries. In addition, IT technological advances have been extremely important in recent years and probably haven’t been widely integrated yet. IT should serve the patient; the development of the electronic health record (EHR) is crucial but still slow, and imaging’s place is not well defined in terms of content and architecture. Patient radiation protection management is often limited to dose recording, while other key aspects would have to be included. Finally, eLearning needs to be structured and developed. All of the above mentioned issues will be highlighted during my presidency.

ECRT: What are the remaining issues faced by teleradiology in Europe?
GF: The ESR has always stated that teleradiology is a medical act, which should comply with the quality and safety requirements of face-to-face practice. I hope that teleradiology will not only be developed to decrease costs, but also to improve quality of care. There are several examples of its useful application, such as in stroke. I think that the development of teleradiology is inevitable, and that radiologists should shape its development by including it in their practice and management.

ECRT:How would you encourage medical students to choose radiology as their specialty? Why is radiology an interesting field?
GF: This is a very critical issue. The best approach is probably through the early introduction of imaging into medical training. Focused public campaigns using social networks should also be used. Invitations for students to attend national society annual meetings could also be useful. Finally, showing that radiology is not only a full clinical specialty, but also a key specialty for diagnosis and treatment through interventional techniques should be used to promote our specialty. In my country, radiology is chosen by best residents, so I am not worried about the future.