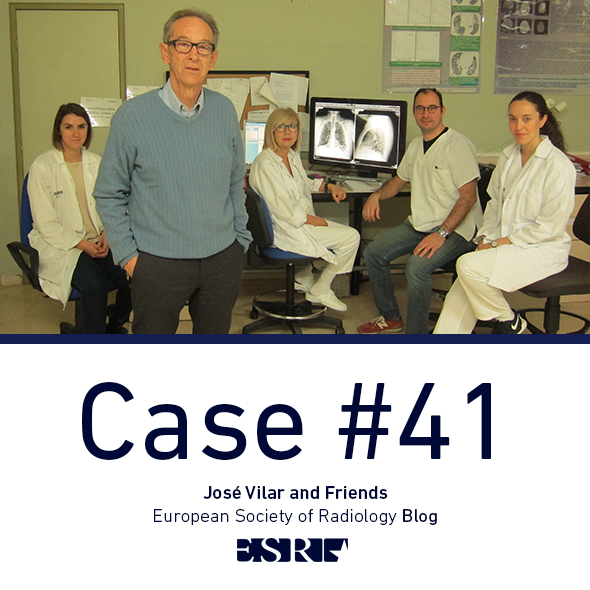 Friends, the last case was seen by many, but only one person dared to try a diagnosis.

Let me see this time if you become more implicated. This is a case from my files. (Hospital Universitario Doctor. Peset. Valencia).

This is a 65-year-old lady with long standing cardiac pathology. 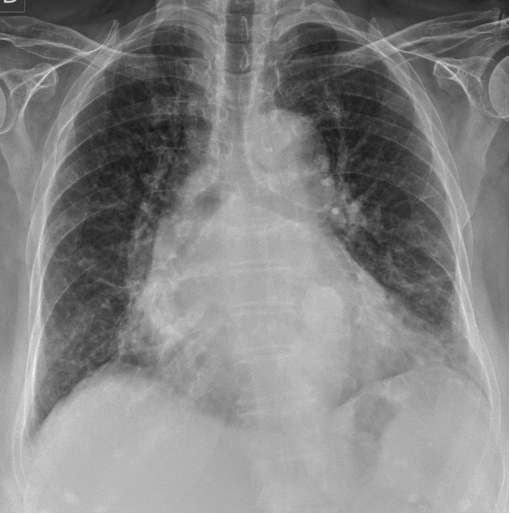 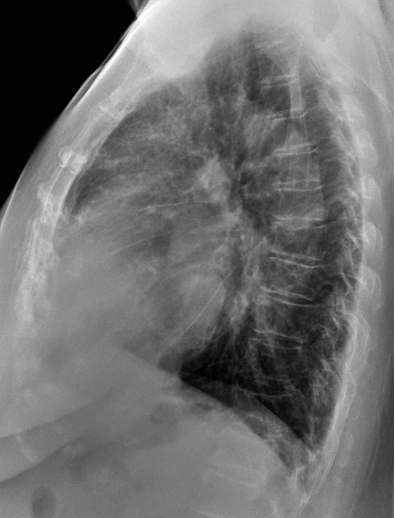 The patient has clear cardiomegaly and other signs of cardiac insufficiency,

But… do you see anything else?

The image shows, as Anastasia indicates in her post, a round lesion projected over the left heart and located posteriorly. The lesion does not seem to be in the lung. Then, if it is not in the lung why is it quite well defined especially in the PA projection?