Professor Federico G. Lubinus is full professor of radiology and director of the radiology residency programme at the autonomous university of Bucaramanga (UNAB) in Colombia. He is one of the leaders in South American radiology and he believes that bringing back ultrasound to the heart of radiological practice is key to the future growth of the specialty. His efforts will be acknowledged today as he receives ESR Honorary Membership.

When it comes to radiology, South America has very similar challenges to the rest of the world and a number of regional trends, Lubinus explained. “Big workloads, turf battles with other medical specialties, and challenges imposed by teleradiology and artificial intelligence are some of the many difficulties we have to deal with, not only as radiological societies but also as radiologists wondering about the role of the specialty in the near future,” he said. 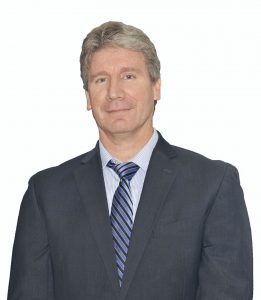 Professor Federico G. Lubinus, who will receive ESR Honorary Membership at today’s Grand Opening, is one of the leaders in South American radiology.

But radiology practice in the continent is uneven and a major difference concerns radiology training, according to Lubinus, who currently heads the Latin American Educational Forum, a group that brings together radiological societies of South America to develop and advance educational issues in the region. “Training is dependent on the regulations of each country. There is great diversity both in the number of years of study required to be a specialist and in the minimum requirements demanded in each country, which makes it difficult to standardise programmes and perform appropriate evaluation of knowledge,” said Lubinus.

Lubinus is also director of the scientific committee of the Asociación Colombiana de Radiología (ACR), a society he served twice as president. Under his aegis, the ACR worked to have a standardised training programme, a tool that is now recognised by the Colombian ministry of education as the basis for evaluation and certification of radiology graduates, and radiologists who have received their certification abroad.

For the past four years, the Latin American Education Forum has also engaged in developing a standardised academic residency programme as a reference instrument for the validation of qualifications of Latin American radiologists, to improve the much needed certification and recertification in radiology.

Colombia is the only country in Latin America, and one of the few countries in the world, that has a proper radiology legislation to regulate practice and protect both radiologists and patients from illegal exercise of the profession. This legislation has made it possible to prevent general practitioners and radiology technicians from performing ultrasound, in addition to limiting the use of diagnostic images by other specialties only to their area of expertise.

Keeping ultrasound as a major component of radiology is of major relevance to protecting the radiologist’s current role as the expert in diagnostic imaging, according to Lubinus. “This is the area of radiology that has been left behind by most radiologists, mainly in the United States and in a large part of Europe. They have given ultrasound the role of purely a screening method, forgetting its true value as a real-time method for carrying out image-guided procedures and for dynamic studies, which require an expert in ultrasound for examination performance,” he said.

Furthermore, ultrasound diagnostic and guidance procedures offer the best strategy to deal with the challenges imposed by teleradiology and artificial intelligence (AI). “Any radiologist who is willing to keep his or her job in the hospital needs to become irreplaceable by performing high quality ultrasound-guided procedures and by getting directly involved in the management of the patient,” he added.

Radiology has become a central specialty in healthcare due to the significant technological and IT advances made in the field. This new positioning means that radiologists must assume an increasingly clinical role and improve their performance in imaging diagnostics.

“Current medical practice requires greater commitment in making diagnosis and forces us to be more accurate regarding the information that we include in the patient’s clinical history,” he said.

The imaging departments of large hospitals have had to adapt over time to meet a growing demand for image-guided diagnosis and treatment services in an environment that requires greater use of radiology services. Most radiologists, however, still perform image interpretation without major interaction with the patient or the referring doctor.

Being a good radiologist or an expert in just one area of the specialty is no longer sustainable, Lubinus believes.

“The challenge is to ensure that radiologists and residents adapt to the new model and generate added value, either by being part of expert committees for decision-making or as image specialists who perform all kinds of image-guided procedures that do not need an interventional radiologist to be involved, such as biopsies, drainages or guided infiltrations,” he said.

Lubinus, who has attended the ECR for the last four years, particularly appreciates the creativity of the meeting, especially regarding new ways to attract more radiologists and make the congress more enjoyable to participants.

“I am very excited to see this new edition of the ECR, not only because I am part of this ‘bigger picture’ proposed for the congress, but also because of all the changes in technology and radiology practice that we see ahead of us,” he concluded.