ECR 2013 Rec: Detection of HCC and liver metastases with BR14: final results of a multicentre phase IIA study #SS201b #B0232

B-0232 Detection of HCC and liver metastases with BR14: final results of a multicentre phase IIA study

Purpose: The study was primarily designed to find the optimal dose range of BR14 to detect malignant focal liver lesions. Secondary objectives were the evaluation of the safety profile and comparison with contrast-enhanced MRI (CE MRI).
Methods and Materials: 25 patients (9f, 16m, mean age: 66y) with known HCC or liver metastases were examined in three centres during a time period of three months. Each patient underwent a baseline and at least three contrast-enhanced US (CEUS) with ascending dose levels (0.25ml, 1.0ml, 4.0ml) of BR14. CE MRI was done 4 weeks prior or post-study examination. Lesions were recorded in on a liver map, with respect to localisation, size and suggested lesion type. Examination quality was documented and safety parameters were assessed.
Results: The number of lesions detected with BR14 CEUS increased with dose, while the number of missed lesions and the lesion size decreased. Despite the increasing contrast enhancement no other image quality parameter showed a substantial difference. No significant changes were found for the analysed safety parameters and no serious adverse events were reported.
Conclusion: We finally conclude that the recommended dose level of BR14 is between 1.0 ml and 4.0 ml for which the lesion detection was comparable to the CE MRI. In addition, we found a higher number of especially small lesions with higher doses of BR14 which might be due to a higher sensitivity of CEUS for the detection of liver metastases. However, this is an interesting and debatable finding.

RF ablation is currently indicated in HCC as curative treatment in Child-Pugh A-B patients with: single <2 cm nodule and not candidates for transplation, 1-3 nodules <3 cm and not candidates for resection or transplantation. RF can be also performed in patients waiting for liver transplantation. Some studies suggest that survival does not differ between RF ablation and resection in 5 cm because of the high possibility of recurrence. Different types of electrodes can be used: internally cooled, cluster, expandable, with saline instillation. Although results can be good with any of them, every type of device requires a different technique of ablation. Obtaining a margin of at least 0.5 cm of ablated tissue around the tumour is key to avoid recurrences. Combined treatments like combining chemoembolization or PEI with RFA can be useful to increase the ablation volume. Published data show a pooled 5-year survival of 48-55%, with better outcomes in Child-Pugh A patients. In candidates for surgery, 5-year survival is similar to resection: 76 %. RFA is safe: major complications appear in 10 % and reported mortality is 0.15%. Tumours located subcapsular or near major vessels, biliary tree or bowel are more prone to complications. Laparoscopic ablation can be an alternative in these cases. Imaging follow‑up with CT, MRI or CEUS is performed to assess the outcome and detect recurrences, new lesions or complications. Although not well established, most protocols include an immediate post-procedure imaging, 1-month follow-up and explorations every 3 or 6 months for 2-3 years.

B-0829 Feasibility of abdominal diffusion Kurtosis imaging compared to standard diffusion weighted imaging at 1.5 and 3 Tesla

Purpose: To demonstrate the feasibility of diffusion kurtosis imaging (DKI) for the depiction and differentiation of liver and kidney abnormalities in comparison to standard diffusion weighted imaging (DWI) at 1.5 and 3 T.
Methods and Materials: 109 consecutive patients underwent a routine abdominal MR protocol including standard DWI and DKI. 1.5 and 3 T b-values for DKI were identical: b=0-100-500-1000-1500-2000 s/mm². 55 liver and 36 kidney lesions were evaluated at 1.5 T, and 16 liver and 11 kidney lesions, respectively, at 3 T. DKI was assessed by an in-house built software. Kurtosis values were quantified by region-of-interest analysis and compared between lesions and normal parenchyma by a Wilcoxon rank sum test.
Results: Mean kidney kurtosis values were identical at 1.5 and 3 T in normal parenchyma (K=0.5) and cysts (K=0.4). Differences dependent on field strength were only found in malignant tumours (0.8 vs 0.5). At 1.5 as well as 3 T, cysts, tumours and normal kidney parenchyma could be differentiated with significance (p<0.0413) using the kurtosis values. At both field strengths, cysts, benign and malignant liver tumours could be differentiated with statistical significance from normal parenchyma (p<0.001, p<0.0071, p<0.001). However, malignant and benign liver tumours were significantly different at 1.5 T (p=0.0382). Abnormalities and normal parenchyma could be visually differentiated on both, DWI and DKI.
Conclusion: DKI of kidney and liver abnormalities is feasible at both, 1.5 and 3 T and allows for a quantified differentiation between normal parenchyma and pathologic lesions.

A variety of options are available for the treatment of hepatocellular carcinoma (HCC) from liver transplantation or resection to percutaneous ablation by chemical or physical procedures, intraarterial injection of embolizing particles that may also serve as carriers of chemotherapeutic agents or radiation-emitting isotopes, or systemic delivery of molecularly targeted agents. Although large scale studies have identified groups of patients that may certainly benefit from some of these therapeutic tools, many areas of uncertainty still exist. Only by the coordinated action of HPB Oncology multidisciplinary teams may patients with HCC receive the best possible treatment.

END_OF_DOCUMENT_TOKEN_TO_BE_REPLACED

ECR 2013 Rec: Imaging features of acinar cell cystadenoma: can we differentiate them from branch duct IPMNs? #B0576 #SS901

B-0576 Imaging features of acinar cell cystadenoma: can we differentiate them from branch duct IPMNs?

Purpose: Acinar cystic cystadenoma (ACC) of the pancreas is a rare benign entity first described in 2002, defined by histological criteria. Radiographic appearance had almost not been described so far. Most of the patients underwent surgical resection under the preoperative diagnosis of intraductal papillary mucinous neoplasms. The aims of this study are to define imaging diagnostic criteria of ACC based on radiopathological confrontation and to compare clinical, biological and imaging data between patients with ACC and with branch ducts IPMN.
Methods and Materials: All patients with ACC who underwent pancreatic surgery for suspicion of IPMN and the 20 last patients with histologically proven branch ducts IPMN were retrospectively included. Clinical and biological information were collected from the medical reports. Radiological and histological documents were reviewed in order to define imaging diagnostic criteria of ACC. Data were compared using the Chi-square test or Fisher’s exact test.
Results: ACC was symptomatic in all but one patient. There were no statistical difference between ACC and IPMN group with regard to clinical and biological data. Combination of four radiological criteria allowed differentiating ACC from IPMN: cyst calcification, presence of more than 5 cysts, clustered peripheral small cyst, and absence of communication with main pancreatic duct. Sensibility and specificity were, respectively, 75 and 100 % with combination of at least three of these criteria.
Conclusion: ACC is a rare benign pancreatic tumour with specific imaging features despite some similarities with IPMN. Recognition of this entity may help us to propose the diagnosis and prevent extensive surgery.

There are some basic IR techniques everybody needs to know before starting to treat biliary diseases. Τhese are Percutaneous Transhepatic Cholangiography (PTC) and Percutaneous Transhepatic Biliary Drainage (PTBD). These basic procedures are essential first for opacification and then for getting access into the biliary tree. After accessing the biliary system, decisions must be made about the need for further interventional procedures. Presence of benign or malignant strictures, stones or other kind of disease are leading us to the necessary actions, such as dilatation, stenting or lithotripsy. Dilatation of stenosed parts of the biliary system is performed after negotiation of the stricture or occlusion with help of high-pressure angioplasty balloons of variant sizes. Balloons of 8-14 mm width can be used alone or two parallel to each other. Stenting is rarely needed in benign biliary disease and usually in cases where multiple dilatations are not responding. Percutaneous lithotripsy with or without cholangioscopic assistance is a wide-used technique for clearance of biliary stones or fragments. Extraction balloons or baskets and special lithotripsy devices are commonly used for impacted or large calculi.

Purpose: To elucidate the parenchymal and vascular contrast improvement effect of super-delayed phase (SDP) images of Gd-EOB-DTPA (EOB)-enhanced MRI in poor hepatobiliary phase (HBP) image cases special focus on Child-Pugh (CP) classification.
Methods and Materials: 76 cases, who have examined EOB-enhanced MRI for closer examination of hepatic lesions, and taken SDP images approximately 90 minutes after iv administration of EOB because of poor HBP image are subjected to this study. 20 hepatobiliary disease cases who had also taken SDP images which show normal HBP images were used as control. Hepatic vascular/parenchymal enhancement ratios (ER) were defined as signal intensity (SI) of intrahepatic vessel / SI of liver. ER of HBP and SDP were calculated and compared between each CP class liver damage groups. Chi square test was used for statistics and p<0.05 was considered statistical significant.
Results: In poor HBP cases (n=76), ER of HBP and SDP were 0.88±0.16 and 0.64±0.16. In control cases (n=20), ER of HBP and SDP were 0.54±0.08 and 0.39±0.06. ER of HBP and SDP in CP-A poor HBP (n=27), CP-B poor HBP (n=47), CP-C poor HBP (n=2) were 0.83±0.14 and 0.60±0.13, 0.90±0.16 and 0.65±0.16, 1.03±0.16 and 0.99±0.19, respectively (all combinations except CP-C showed significance difference).
Conclusion: In most of the poor HBP image cases, SDP image improve parenchymal and vascular contrast except CP-C liver damage cases. 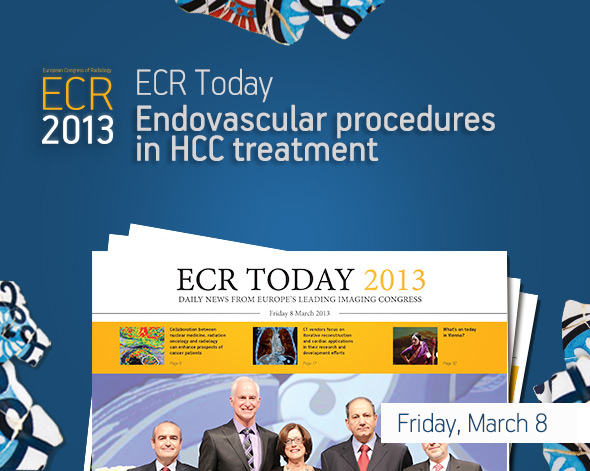