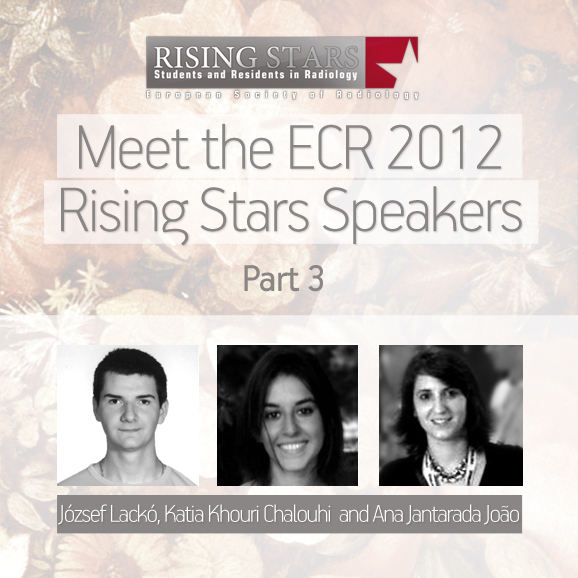 Here we continue our series introducing our Rising Stars, who submitted the best student abstracts and have been invited to present their work at ECR 2012 in front of a real congress audience. Each speaker will be announced individually on the Rising Stars Facebook page, with a more detailed look, including their full abstracts, here on the ESR Blog. Our next three speakers are József Lackó, Katia Khouri Chalouhi and Ana Jantarada João:

END_OF_DOCUMENT_TOKEN_TO_BE_REPLACED 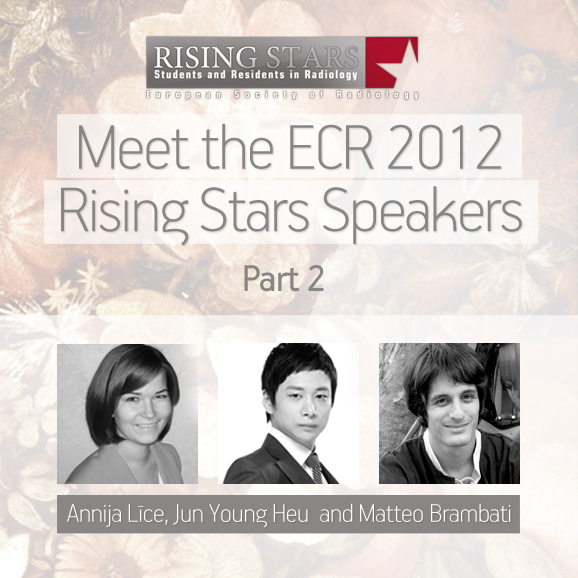 Here we continue our series introducing our Rising Stars, who submitted the best student abstracts and have been invited to present their work at ECR 2012 in front of a real congress audience. Each speaker will be announced individually on the Rising Stars Facebook page, with a more detailed look, including their full abstracts, here on the ESR Blog. Our next three speakers are Annija Lice, Jun Young Heu and Matteo Brambati:

END_OF_DOCUMENT_TOKEN_TO_BE_REPLACED 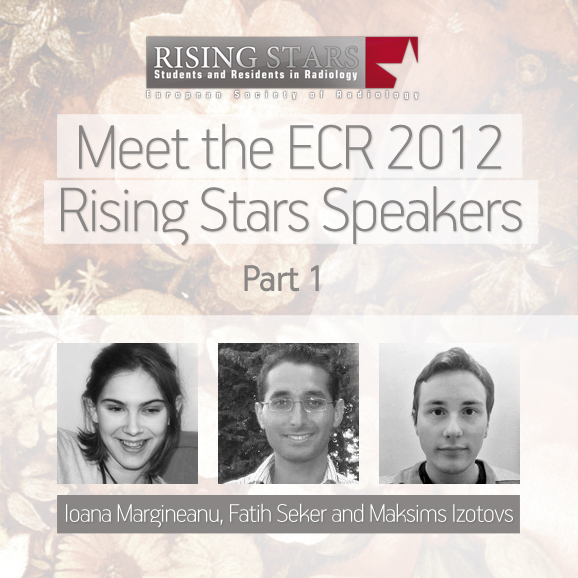 The ESR is very proud of its youth and we try to encourage as much student participation as possible at our annual meeting, the ECR. This year, we again asked for students to submit abstracts on a range of subjects, with the best 20 being given the opportunity to present their work at ECR 2012, in front of a real congress audience. Each of the student speakers will be announced individually on the Rising Stars Facebook page, with a more detailed look, including their full abstracts, here on the ESR Blog. Here are the first three; Ioana Margineanu, Fatih Seker and Maksims Izotovs:

END_OF_DOCUMENT_TOKEN_TO_BE_REPLACED 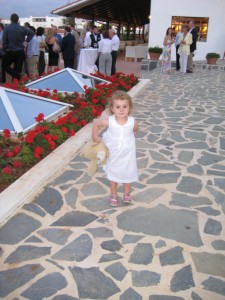